This digital archive is sure to receive rave reviews from those wanting to know more about behind-the-scenes activities of the music, film, gaming and entertainment industries. By providing major trade and consumer magazines, from their inception to recent times, it arms students and researchers with the primary source material needed to develop a contextual understanding of the entertainment industry as it evolved over the 20th and 21st centuries.

The collections are ideal for scholars studying:

Take a deep dive into popular music and wider popular culture with the complete backfile of one of the most influential 20th–21st-century magazines. The Rolling Stone became a leading vehicle for rock and popular music journalism, shaping new trends and movements.

Explore one of the most influential magazines in the contemporary art world. The 100,000+ page archive includes six decades of premier news and commentary. Its spans painting, sculpture, installation, body art, video/audio art, performance art and more. 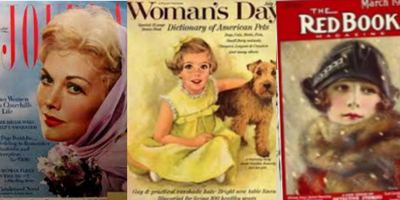 Uncover topics in social history, arts, gender studies, education, media history and more. These consumer magazines aimed at a female readership are recognized as critical primary sources through which to interpret many aspects of 19th and 20th-century history and culture.