Research is a Multistep Process that Takes Practice

While it might initially seem unusual for a historian to be teaching in a business administration program, the University of Redlands generally takes an interdisciplinary approach to teaching, research and learning. Among the courses on business and labor history that Professor Jill Jensen teaches at the private liberal arts institution, her most popular is a History of Capitalism class for sophomores. According to Jensen, one of the key challenges is “conveying to students that the world hasn’t always been the same as it is today.”

Each student in Jensen’s course spends the semester researching a business from the 1920s. To help them immerse themselves in this era, one of the central assignments for the project is annotating 50 articles from ProQuest Historical Newspapers.

We recently spoke to Jensen about her passion for historical newspapers and why they are such a valuable resource for her students.

Newspapers are one of Jensen’s favorite sources for investigating a research topic. And in many ways, she pointed out, the information not covered in newspapers is as informative as what is in them.

For example, she recalled one student looking into an oil company and talked about the industry in terms of fossil fuels and environmental damage.

“I wanted them to understand people weren’t talking about those things then, and that’s one of the problems that’s led to where we are now,” Jensen explained. “There was a complete disregard for any kind of concern for the environment – and the way students come to that realization is in noting how it’s a topic seldom if ever mentioned in newspapers in relation to any of these companies.” 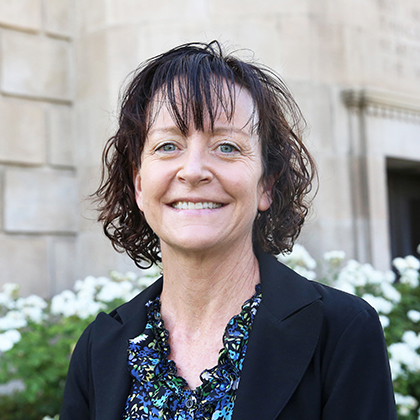 In addition to environmental concerns, students can infer insights about the role of women in society, racial relationships, and class distinctions with newspapers. “In historical mainstream newspapers, we don’t often hear the voices of working classes, women, African Americans…I encourage students to fill in gaps of what’s not mentioned. Ask, ‘who’s voices are missing?’ Listen to things not being said."

At the same time, looking at newspapers also provides a comprehensive overview of “what mainstream people were thinking about, the main tenor of what’s going on in the world at a given time,” Jensen said. “Newspapers show us what was being broadcasted across society, and insight into how communities are formed and informed.”

According to Jensen, using newspapers to research the past also encourages students to think critically about the present and reconsider opinions they hold about today’s issues.

Unions are an area that gets more complicated under scrutiny, she pointed out, recalling one student who came into her class with strong feelings against organized labor. Over the course of the semester, the student traced the rise of unions under the New Deal, and backlash against them after World War II. He was able to analyze the language used to talk about labor organizers, noting terms like “corruption,” “racketeer” and “collusion” frequently used by the press – and the influence news articles had on public opinion, then and now.

“By the end of the semester, this student became savvy about how language shaped perceptions about labor organization, and through his project, became aware of how you can use language to say more than you are saying,” she said.

In recent years, Jensen’s classes have included lots of discussion about socialism, a topic that became popular with students during Senator Bernie Sanders presidential candidacy. “They like Bernie,” she noted, but often “students don’t realize there is this whole history of socialism and communism in the United States.”

Students can trace the origins and ebb and flow of leftist thought in the U.S. through press coverage of “the lethal standoff between workers and owners,” and come to a deeper understanding of socialist philosophies, such as “the abolition of private property, which really bothers them.”

“Another topic students often change their minds about is affirmative action,” Jensen continued. “They come in planning to do a research project from the perspective, ‘it isn’t fair, it’s reverse discrimination.’ But using sources like ProQuest Historical Newspapers, they start examining how unjust the system has been, and still is, especially when looking at disparity in hiring practices and income for different racial and gender categories.”

She said, students undergo a “progression of understanding” the more deeply they explore and end up drawing new conclusions about affirmative action. “It’s not a perfect system,” Jensen said, “but students appreciate what would happen if we didn’t have it in place.”

At the beginning of the semester, students are sometimes overwhelmed by the project of having to annotate 50 newspapers articles, but Jensen tells them “I look at way more than 50 when I start my research.”

This is because it takes lots of work for a historical researcher “to understand what they are trying to understand.” In other words, it is critical to become versed in the language, cultural references and political landscape of an era in order to effectively research a more specific topic.

The assignment helps students become familiarized with how to use the ProQuest platform and the advanced search functions. Beginning researchers often start with key terms that are familiar to them and these first attempts searching newspapers only scratch the surface – but they do offer a valuable introduction to words, phrases and concepts of the past that can be used to refine searches on the database.

Jensen said she spends a lot of time trying and brainstorming different key words with students to help them better navigate the database and begin thinking within a historical framework. “Then we can start making connections,” she said, “and then research those connections. I want students to understand that research is a multistep process that takes practice and with each step, what you think you know can quickly change or be challenged.”

Such is the advantage of devoting the semester to one major research project rather than having students complete several shorter papers: it demonstrates just how much you can get from newspapers – and puts the emphasis on the research process.

“This isn’t really a pass or fail project,” Jensen explained. “It’s more about the journey and discovery. By the end of the semester students become much more savvy and aware of nuance. And that is really the goal.”